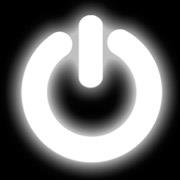 It’s a story that plays to my greatest weaknesses – an adventure, a conspiracy, unlikely heroes with complex histories – but I wasn’t going to get sucked in this time. I read about it. I ‘liked’ them on facebook. I even recorded the first episode on our dvr. Then I deleted it. There was no way that I was going to get hooked on another show and then watch it crumble in ratings as the masses feasted on something with all the heart and substance of “2 Broke Girls” or some such nonsense.

I’ve been here before. My last sucker punch came when CBS pulled the plug on my beloved Skeet Ulrich and “Jericho”. This was a great show. Unfortunately, people seem to want cheap laughs and lots of sex, so a show about how the townspeople of Jericho, Kansas struggle to find answers about the mushroom cloud blast that’s crippled the nation, survival, the value of family and patriotism wasn’t bound to last. I fought for this show. I even sent peanuts to CBS in protest! Ultimately, it was cancelled and I made a vow not to get sucked in…a vow I broke yesterday.

How could this happen? Xfinity On Demand, that’s how. Sidelined with a sinus headache, I laid on the couch flipping channels and that’s when I saw a commercial for this week’s fourth episode of “Revolution”.  I checked On Demand. It was there, all three past episodes. In a click, I was involved. It was fast-paced and the characters were good, interesting and intertwined.

Are you familiar? Here’s the plot from the website: What would you do without it all? In this epic adventure, a family struggles to reunite in an American landscape where every single piece of technology – computers, planes, cars, phones, even lights – has mysteriously blacked out forever. A drama with sweeping scope and intimate focus, “Revolution” is also about family – both the family you’re born into and the family you choose. This is a swashbuckling journey of hope and rebirth seen through the eyes of one strong-willed young woman, Charlie Matheson, and her brother Danny. When Danny is kidnapped by militia leaders for a darker purpose, Charlie must reconnect with her estranged uncle Miles, a former U.S. Marine living a reclusive life. Together, with a rogue band of survivors, they set out to rescue Danny, overthrow the militia and ultimately re-establish the United States of America. All the while, they explore the enduring mystery of why the power failed, and if – or how – it will ever return.

And of all of the interesting people and storylines, I was most impacted by Maggie’s confession of why, 15 years after the blackout, she’s still carrying her powerless iPhone (which is basically now a worthless brick). She carries it because it’s the home of the only pictures she has of her kids. In a day of iPhone cameras, facebook, photo share sites and digital scrapbooks, she doesn’t have any prints. That phone, like mine, was her wallet. It’s now her only link to the kids she’s no longer with (we don’t know why, yet) and it’s just a blank screen. My heart just broke when she teared up , saying she’s having a hard time remembering their faces. Kleenex, please!

Of all of the ways my life would change without power, I would never have considered how not having many printed photos would hurt so badly. Our family’s recent history – since Anna’s birth almost three years ago, at least – is all digital. We have prints here and there, some family portraits, school pictures, but we just don’t take the few bucks or the time to actually ORDER the prints. But it’s the memories that these folks could hold in their hands that meant the most.

So, in typical girl fashion, in the midst of some really interesting developing plots and great action scenes, it’s the mom story that struck the hardest. Figures.

Guess whose Shutterfly account is going to see some serious action in the coming months? Are you watching “Revolution” on NBC? What do you think?

View all posts by kristen

in case you missed one

what I write about

Some of my fave blogs

pay no attention to the man behind the curtain

each empty bowl is held by someone